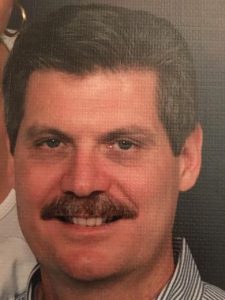 Many years ago during an annual review, my manager said, ‘Your people perform so well because they want you to be successful.’ This became the foundation for how I have managed people ever since. I observed that individuals who demand respect, rather than earn it, usually have short, unsuccessful tenures because they don’t inspire and suffer high turnover instead. Respect can only be earned, not demanded.

The LED phenomenon not only disrupted technology, but hiring, also. As LED’s rapidly became a legitimate replacement for other light sources, a flood of new players entered the market. I recently created a spreadsheet to analyze the agents serving a particular metropolitan market and discovered that 574 product lines were represented in that market [laughs]! This proliferation of manufacturers has put pressure on hiring in an already incestuous landscape. Another result’s been an increase in career-switching with lighting designers joining manufacturers, agents and even distributors.

When I was in my twenties, I was managing a business in Florida and received a blistering lecture from a retired insurance executive, who was enjoying his retirement selling fresh vegetables from a push cart [laughs]. I was lectured because I took too long deciding what I wanted to purchase! This lecture actually had more impact on me than any seminar I later attended or even any MBA course I later took. I learned to trust myself to make decisions and learn from them, whether it yields good or bad results. Listen, observe—contemplate—but make a decision!

Humor is a valuable tool, but like all tools, use it correctly. Anyone who knows me also knows that I know a few jokes [laughs]. There’s a proper place for that but using humor as a useful communication tool in a professional environment can impact your effectiveness—either positively or negatively. We have all suffered through watching someone flame out by trying— unsuccessfully—to be a standup comedian while doing a professional presentation. I have found that surgically placed humor allows you to put a group at ease, take the edge off issues and helps build an ongoing relationship. But, like surgery, you should learn your craft before practicing it.

Make time for your life. Years ago, observing my work habits, my sister constantly asked me to watch the movie Hook, in a less than subtle hint that I was a workaholic. She was right [laughs]. I learned that you need to have a sense of dimension in your life and maintain a work-life balance. That balance is, of course, a see-saw, but being aware of it allows you to be more successful in both your work life and personal life.

You must have fun doing what you do. If you discover that you are no longer having fun in your chosen endeavor, then either move on or continue deluding yourself, as well as using up valuable life time and the ability to be fulfilled and to grow somewhere else. I’m not talking about knee-slapping fun, but rather a professional sense of fulfillment that creates joy. I have had some dreadful days, but at the end said to myself, ‘That was tough, but I feel exhilarated by the success, and yes…. I had fun [laughs]!’