Founder of The Brandston Partnership Inc.; Past President of the IES; Lighting Designer/Educator 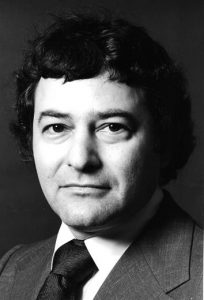 The key thing I learned growing up was to do exactly what you say you’re going to do. It just keeps everything simple. The simpler you keep everything, the happier you’re going to be. Try to do things as simply as possible; that doesn’t mean the solution is the most simple.

I have two sons and two daughters—four kids and four grandchildren. Parenting is not a simple task [laughs], but it’s essentially a joyful one. That doesn’t mean you won’t have moments to throttle a child or two, but on the whole it’s really a great experience—especially when you see them grow up and have some success or have their own children.

I kept life very simple for my kids…they didn’t want for anything. We were not rich, but we weren’t poor. They had decent clothes to wear, good food all the time. My second wife had died at that time, so I was raising the four kids along with my first wife. We had ‘grand’ dinners and ‘grand’ banquets. I asked them, “Do you like living like this?” They said, “Yeah, Dad, we do.” I said, “If you do, you better figure out how you’re going to make the money. Because if I leave you a nickel, it will be an accident [laughs]”. My intention was they weren’t going to be dependent on me for anything.

I first worked for Stanley McCandless [at Century Lighting]. The place was kept very, very neatly—the office was always very clean, garbage was taken out—the place was immaculate. We had a mentally challenged maintenance man named Louie Pinsky. Louie kept the place spotlessly clean. One day I came in and the waste backset wasn’t empty, things weren’t dusted—it was really unusual to see it like that. The other people said nothing, I said nothing. A few more days went by and the place began to look quite shabby. One morning I came in bright and early and went into the men’s room and it was sparkling clean and fresh again. I knew Louie was there. He came out of one of the stalls, and saw me there, and said, in his broken English, “Tell me Howard–you got the brains to do a job like this?” It almost brought tears to my eyes. Pride in his work and his joy in getting it like that, it was patently clear to me how critical every member of the team was.

McCandless allowed me to light plays—off Broadway, nightclub shows as well as doing my job at Century. It was terrific because in the theater, when you’re lighting a play, there are no rules—you do what you need to do to reinforce the drama of the play. When I started to work in architectural lighting, there were nothing but rules—and codes and standards. And there were things that weren’t appropriate for the projects we were doing! So, I came up with my own rule [laughs]: ‘Rules were a substitute for thinking—and I wasn’t going to give up thinking.’ To heck with what anybody said!

You have to have an open mind, be skeptical and be curious in order to do good work. Being ‘creative’ means it’s something that’s never been seen before. If you’ve seen it before, it’s copying.

I was single for 17 years. Then I met my third wife and we’ve been married for 27 years…and it’s been a blessing…just a terrific experience. And I learned one thing: “If you want a successful marriage, it should be a ‘Yes Dear’, “Whatever you say, Dear’ proposition. So, whatever Melanie wants, I do it—happily.

When I started my own lighting design company, I had three rules I set for myself. The first: Be nice. The second was my early childhood model—do precisely what you say you’re going to do. And the third was make sure that everyone you work with makes money. They’re not there to give charity to anybody; they’re in there to make money.

Leon Freund was the art teacher at Lincoln High School and ran the ‘Art Squad’. He was commissioned by Franklin Delano Roosevelt to help restore the arts in America after World War II. I prepared work for the class for the day. Each day, he would say, “In front of you is a blank piece of paper—that’s the opportunity for a work of art. Let’s see what you can do.” From then on, [with] every [lighting design] project I would do, Leon was standing over my shoulder saying, ‘Alright, Howard, let’s see what you can do.”