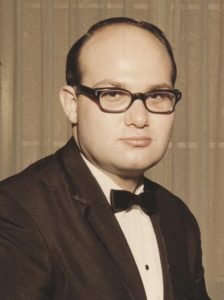 Don’t accept failure. My mother taught me that the only difference between people who are and aren’t successful is that people who are successful failed, but they went back and tried it again until they got it right. My mother stood up for me as a child and encouraged me in school, making sure that I got all the opportunities that I deserved. She helped me to keep improving until I was able to accomplish what I wanted.

Always be open to new ideas. Just because something works now doesn’t mean it will work in the future. Look for new ways of doing things. Listen to the people around you and encourage them to explore and exchange their ideas.

Take time to develop a relationship with your clients. I’m a very direct person. I don’t play around, which is not a good thing. If I make sales presentations, I’m very much, ‘I want the order, I want the order.’ In many cultures, you have to have a get-to-know-you [period], and I had to learn that. As my friend Donald Rowan said, ‘Before you do things, you have to have some foreplay.’

Keep going and be persistent. I had to take a special test in order to get into the high school I wanted, and I did terribly on the English part of my test. So I went to my English teacher and said, ‘what can I do?’ He gave me 50 books to read and told me to know every word I saw. I did that, retook the test, and got into the school.

Always deliver what you promise. Don’t overcommit, but once you make a commitment, make sure that it happens.

You have to give your kids every opportunity in the world. Don’t spoil them, but support them, and each in their own way. You can’t expect one to be like the other. I have two daughters, and the older one is very academic, but the younger one [laughs], it was an adventure. Some parents might have given up, but we didn’t stop supporting her, and now she’s also successful. Everyone finds their own way there.

You always need people to help you get what you want to accomplish. You need good people to work with you and be a partner, so I’ve always tried to build up good teams. Teams always win, super stars win sometimes. Having good people as part of your team and letting all players do what they are best at is the road to winning.

Never take anything for granted. Even though I was very bright in math and science, I still had to study and follow up and retake exams. I took the attitude that if you’re going to do something well, you have to do it with all the energy you have.

Take chances—don’t play it safe! You have to take chances on new technology, new ideas, new people, new markets, and new customers. There will be some failures and mistakes, but in the end, it is the only way to win.