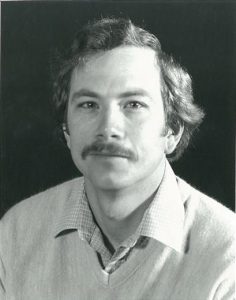 All leaders create a culture whether they are aware of it or not.  The best leaders consciously create and nurture a culture of collective success. Leaders have to listen and care about people; otherwise it’s just a job. If the leader is not nurturing a culture you want to be in, you can leave or you can change it. Creating a culture is a joint commitment to the success of an organization. Be self-aware, and get honest feedback from people you trust.

Integrity trumps everything else. My father would say “you salute the uniform, not the person inside,” but I don’t agree with that. If you just do what you’re told and don’t ask any questions just because they have a star on their shoulder, it’s questionable ethics. You should listen and be willing to bend on some things, but you should also follow your ethical compass.

Let someone out in traffic today. Being nice is contagious.

Select the right people to get the job done. My hero is George Marshall, who was Chief of Staff during World War II. I consider him to be the greatest American of the 20th century. He had a very broad vision, and he was able to find the best person for each job, like selecting Dwight Eisenhower to lead the invasion in Normandy. He tried to get the best people to do the best work, and that’s the hallmark of his whole career. To me, I think that changed the course of this nation, if not the world.

Keep an open mind, even when you know you’re right.  We don’t know what we don’t know, but ignorance is much better than believing you’re right when in fact you’re wrong.

People usually respond poorly under stress.  Take some time to help remove those stressors for others, particularly for those you love.

Success is a trilogy between government, industry, and academia. This premise is something I learned from Jack White, who was the president of the New York State Energy Research and Development Authority (NYSERDA) and the visionary that got the Lighting Research Center started. Jack was an important mentor to me, and one of my favorite quotes from him is “just because you take the high road doesn’t mean you can’t play hard ball.” He was a kind guy, but he wasn’t a pushover.

Consider “dead friend days.” They are for me those rare, perfect, cloudless sunny days of 72 degrees when I remember lost loved ones. The fact that dead friend days are largely unpredictable makes my memories of those I’ve loved more meaningful than memories based on habit on birthdays or anniversaries.

My father taught me about the gambler’s fallacy—know when to get out of the game so you don’t keep throwing in money. It’s an important lesson, because sometimes you get so focused on success that you don’t know when to quit.

Mentorship is a two-way commitment. I think we tend to think of a senior person who mentors someone junior, and that’s only half the truth. Respect the time, energy, and information people are giving you. I’ve had some great mentors over the years – Jack White, Bill Valentino, Don Stevenson, and many others that make a long list of people who have taken a selfless, wise view and helped me be better at what I do. I’ve always tried to show how thankful I am to them. Always say ‘thank you’ and mean it.  No one succeeds alone.