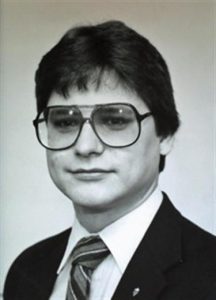 Go out of your way for the talent you find. My high school drafting teacher pulled me out of a line of a thousand students waiting to register for classes and told me I was going to work for half a day at an engineering firm where he’d gotten me a job. The next year, he went around town until he found an architect that would hire me part-time. He did that for me because he believed in me, and when people do that for you, it changes your life.

I’m not a product of my environment—I’m a product of my reaction to my environment. I realized a long time ago that I didn’t have to like the cards I was given, but I had to play them.  My family life sucked, and I was very independent. It was later in life, talking to [a] surrogate mother-figure in my life that I realized that I didn’t have to like my family!   Happiness is self-defined. If you’re not happy, that’s because your definition is unattainable.

Love is supposed to be unconditional and purely supportive. I had a girlfriend in college who died of cancer, she was someone I’d planned to marry, and she wanted to be optimistic and not burden others with her illness. I thought our friends should know what was going on, but it wasn’t my disease—it was hers. That was a hard lesson to learn at 20.  My job was to be completely supportive of her method of dealing with her situation—though I only came to realize that through retrospect a couple of years later.

Challenge yourself to do things you shouldn’t be able to do, and then challenge others to do the same. Frustrated with how slowly my career was moving, I went to Larry Wilton, the CEO of Philips, and said, “I’m getting a new job in 30 days. Is it here?” He moved me 4 steps up the ladder, a jump I never should’ve been allowed to do. I was challenged more than I was prepared for or capable of, but I did it and performed extraordinarily well.  Throw the rulebook away!  Enable talent and ambition, and they might do things differently from anyone else and it’ll be extraordinary.

Live the fantasy in your life.  My father-figure growing up had no respect for adulthood. He just had fun enjoying life to the fullest. He taught me to ride horses just for fun, and he has the largest collection of military horse regalia in the world and has contributed to nearly every movie with military horses, from Lincoln to Lord of the Rings.  Don’t be ordinary!

Invest in your family. I always thought I was really close to my brother, but at his funeral I saw his wife’s family, and I didn’t hold a candle to their bond. My brother’s father-in-law had invested a lot in his family, taking them on extravagant trips and spending time with them. You can invest in many ways, even if it’s just a reunion at the local park with matching t-shirts. The lesson is to invest in that lifelong bond.

Ask for help. I couldn’t afford to study abroad as a student, so I simply wrote the richest man I knew and asked for the money [laughs]!   I didn’t know him well at the time, but he came to me at a party, joked with me and offered me a job and to loan me the rest of the money. We later became very close, and he even loaned me the money for my first house. But if I hadn’t asked, it wouldn’t have happened. The worst that can happen when you ask is getting a ‘no’.  You’ll get over hearing ‘no’ every day, but you’ll never forgive yourself for not asking. 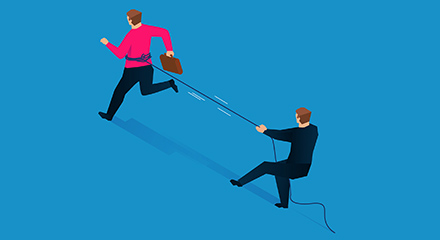 The continuing disconnect between employers and employees Our team at Pompeo Group spends ou ...