Here’s what we can do about it

In one of the most transformative periods in the history of our industry—when the most creative and innovative minds in lighting are needed more than ever—it’s ironic that many companies continue to use a practice that actually hinders and shackles some of our greatest talent. We’re talking about the non-compete.

Non-compete clauses/contracts are not new—they date back to at least the 1400s. The original concept for a non-compete was based on a valid idea: to protect a company from an employee leaving to work for a direct competitor. Then came the non-disclosure agreement (NDA), to prevent a former employee from sharing confidential information with his or her new company. Agreements preventing an ex-employee from soliciting former co-workers and customers followed, along with non-disparaging contracts.

NDAs, non-solicitation and non-disparagement clauses or contracts are all reasonable ways for a company to protect itself against a former employee with less than honorable intentions. However, employees also need—and have fought for—workplace protections over the years. In fact, as early as 1614, a court ruled that “at common law, no man could be prohibited from working in any lawful trade.” Since then, statutes have varied by country and state, with different juries ruling in a number of ways.

The problem today is that in the spirit of “protecting” a company, the pendulum has swung so far to the other side that we now find many non-competes to be unfair to the employee. In the most extreme cases, they can prevent employees from plying their trade, plunging them into a form of indentured servitude.

In the past 12–18 months, we have seen more non-competes come up in searches than in any other period over the past 25 years. Why has this happened? Here’s what a vice president of sales for a well-known lighting company told me: “I used to be a ‘components’ guy, and I moved into fixtures. In the old days, people were selling a lot of different products—you had HID, fluorescent, you even had induction. Today, it’s all LED, or almost all LED.”

In other words, the proliferation of LEDs may be the main reason for the increased restrictiveness of non-compete agreements. With that in mind, now is a good time for companies to review non-competes to make sure they’re not too restrictive. Here are five reasons why:

The lighting industry may be at a point where we’re so protective that we’re stifling innovative professionals while playing “not to lose,” rather than playing to win. In sports, they say teams that play this way rarely come away with a victory—I think that also applies here.

The solution? Companies should consider strong NDAs for the most effective protection. A healthy non-solicitation and non-disparagement agreement or clause can also be good tools. If you think a non-compete is also essential, make sure that it is not too broad—instead, perhaps list five to 15 specific companies that are off limits, or certain products sold/designed for specific channels. Try to make sure it is no broader than what you’d like to see in the résumé of a potential employee you would like to hire.

Companies should be allowed to protect themselves from an ex-employee taking confidential or proprietary information to a direct or key competitor, or from an ex-employee soliciting their former customers or former co-workers. However, many of today’s non-competes have gone far beyond that and suffer from “mission creep.” The result is that we’re sending good people out of the industry to Google, Amazon, Apple and other non-lighting companies. The upshot is—in this critical time for our industry, when we absolutely need our best and brightest—they may not come back. 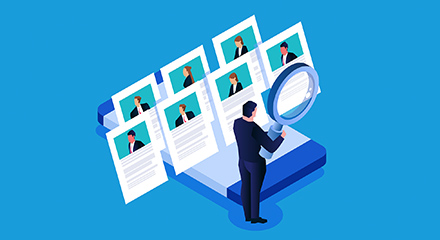 Feeding Frenzy Tips for hiring during this ‘gold rush’ for candidates

Seems like everyone’s hiring today, doesn’t it? From the plethora of ads on industry websit ...