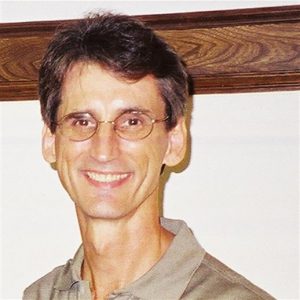 I have lost my sister, mother and father. And in each case I was lucky enough to know ahead and had time to do my best to have no regrets when they were gone.

My regret in life is I didn’t learn to be nicer sooner—I wish I’d been more understanding and less perfectionistic.

I learned that when we’re listening to people, often time we hear what they say but we don’t try so hard to hear what they mean. As I’ve gotten older, I now try to define the intention of the words, rather than the words as they are being said.

When I find myself unable to make progress with a problem, sorrow, fear, anger or an overwhelming challenge, my solution is gratitude. As soon as I sincerely express my gratitude for all my blessings, my future reopens.

I’ve learned that people judge others based on what they would do. Don’t make too much of what someone says about you, good or bad, unless it is true.

My dad taught me if you’re gonna be a millionaire, expect to go broke 3 times. This gave me permission to experience reality as it really was going to be. Then, if you do end up going broke, you don’t feel the shame that you might feel otherwise—you simply feel that it is part of the process.

The first years of US Signs produced 100% growth—-my goal was 25%. I then changed my goal-setting approach so that my original goals are in place only as long as circumstances indicate they represent the best case outcome—no coasting.

I learned that if I thought of myself more as a coach for my son I would have worked with him better. I think I pushed him too hard for college. My son and I have talked about that one [laughs]—my pushing made him go to college for me and not for him.

When I was about 13, my parents got divorced. it was a lot of pain but it made me less likely to ever get a divorce.

Before deciding what to do or taking any action, first invest the time to get the truth. Decision-making usually becomes easy once the facts are in.

At this point in life I don’t try to figure out complex things or make big decisions in the evening. I’m better doing that in the morning.

My Dad said, ‘You’re going to do things wrong sometimes, so just don’t do anything wrong that is permanent and I’ll be okay with it.’ And he listed ‘em for me—get a tattoo, get a girl pregnant, go to jail, or do something that causes permanent physical damage. And that’s a pretty short list! And I did a lot of other things—but I knew what I couldn’t do. And my Dad was okay with it. I didn’t say he was happy [laughs]—I just said he was okay.

I went broke three times. Every one of the times was an absolute blessing. One time, I went from having 34 employees down to 7. So I had to invent a new way of doing business. But the new way made it more profitable and more resilient than it was before.

If I were going to go back and change anything, I’d sleep more.

In 1980, 30 days before I quit my job, I rented a building and bought the equipment—I was going into the sign business. That Friday, I went over to the building and found all the doors open— someone had broken into my building and stolen absolutely everything, expect one piece of equipment. The air conditioning in the building was gone—they took my yellow pads, my pictures, my pens, the chair in front of my desk was gone. I picked up my phone and called my wife. She said, ‘What are you going to do?’ I said, ‘Well, the only thing I have is this red phone [laughs], and I’ve got it for 30 days and then I’ve got 9 days to pay the bill after that.’ So I had 39 days to use that phone to be able to figure out how to make a living. And I did.

It’s funny—I’m smiling, almost laughing as I talk about some of these things [laughs]. That tells you that time heals almost everything.