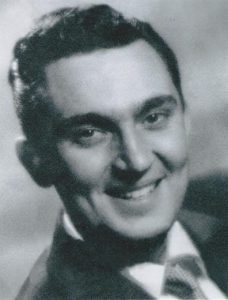 Right after college, I went to work for an electrical distributor and worked for them for 14 years. I learned a lot about the entire industry, including lighting, and I was able to talk the language of the people using and selling it. I did learn from my time in college, but I also learned from my part-time jobs, even when I was a kid. The opportunity to gain that experience was the key to my success in business.

I wouldn’t trade my honesty and integrity for anything in the world. My mother died when I was very young, and my father moved to New York. I lived with an aunt and uncle who I loved very dearly. My aunts and uncles all had integrity, and they all were very honest with a great reputation. I learned by watching. I give my uncles a lot of credit because I followed them and learned from them how to conduct myself with people.

My wife taught me patience. She has always supported me in whatever I did, and that was a great asset. Make sure that you have the backing of your wife for the type of work and time you have to put in.

I worked with my people. Nobody felt like I was the boss. Nobody was guarded. Everyone had their way of speaking and everyone contributed. Everybody felt like part of the company. People loved coming to work and we were all friends. I had dinner parties for my people at my home until we were so large we needed a restaurant. The people were a part of me and I was a part of the people.

My brother was revered by everyone who knew him in the industry. He absolutely was revered for his honesty, integrity, likability, and personality. He was a very hard worker. He worked every job like it was his own company. That was our trait; any job we worked for, it was our company. I really respected my brother and wanted to be like him.

When I went into business with Capri, I had five large competitors. I don’t think the industry needed my product—there was nothing different about my product. All I had was the experience from working for another company, all my time building up from Sales Representative to President, and I had the experience of knowing the reps and their customers throughout the industry. Knowing the industry is the key to success, though luck has something to do with it as well.

My uncle was a great teacher on how to act to employees, customers, and vendors. During World War II, he could’ve bought all the black market, and he refused it all because he said our boys are over there and there’s no way I’m going to accept this type of business. I don’t think he realized it, but I watched how he conducted himself and chose him as my guideline. He was very generous to his employees and friends. Not many people have the opportunity of having somebody like that to copy.